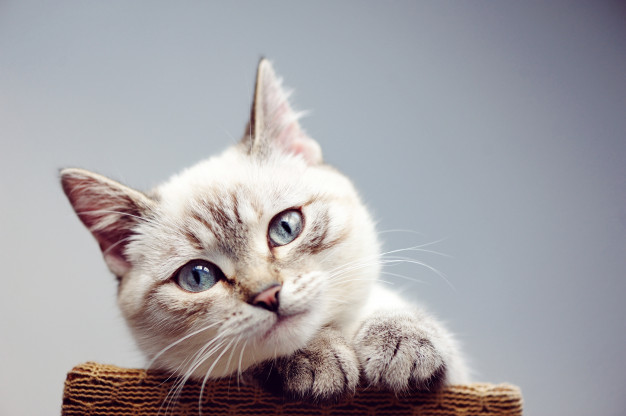 The term “blocked cat” refers to a cat with an obstruction that prevents him from being able to urinate. Due to their anatomy, this is almost exclusively a problem of male, as opposed to female, cats. It can quickly become a life-threatening condition, so cats showing symptoms of obstruction should be seen by a veterinarian immediately.

Blockage of the urethra (the tube that carries urine from the bladder to the outside of the body) may be due to bladder stones, crystals, mucous, or a combination of these. Several different factors, including diet, inadequate water intake, infection, stress, and chronic irritation, may contribute to the development of these substances.

Once the urethra is blocked, several problems ensue. The inability to urinate causes significant discomfort. Toxins, which are normally emptied from the body via the urine, back up into the bloodstream, causing weakness, nausea, vomiting, and potentially fatal heart problems. If the toxins accumulate for more than two to three days, they will cause death.

Because of the severity of urethral obstruction, it is important for cat owners to be familiar with its symptoms. Affected cats may be seen straining to urinate while producing little to no urine. This is often confused with constipation. Some blocked cats may attempt to urinate in places other than the litter box. Any urine that is observed may contain blood.
Owners may not be aware of their cat’s attempts to urinate.

Many blocked cats instead present with complaints such as hiding, not eating, vomiting, not wanting to be picked up, and/or a painful belly.

These symptoms warrant immediate veterinary attention. The veterinarian will confirm a blockage by palpation of the bladder. X-rays may be taken to confirm the obstruction and to look for stones in the urinary tract. Blood will be tested to determine the severity of toxin buildup as well as the type of supportive care necessary.

Most cats require hospitalization for several days after the blockage has been removed. A urinary catheter is sewn in place to keep the urethra open and allow it to heal. IV fluids and pain medications are administered to rehydrate the patient, re-establish urine flow, and keep the patient comfortable.

Cats that have had previously been blocked are at increased risk of having a future obstruction. This risk is at its highest about one to two weeks after being treated for a blockage.

Many cats require dietary and/or lifestyle modifications to help prevent a recurrence. Some cats will re-block despite all preventive measures. Therefore, the best thing a cat owner can do is to be aware of the signs of obstruction, and seek treatment as soon as symptoms are noticed.