Mange in Dogs and Cats 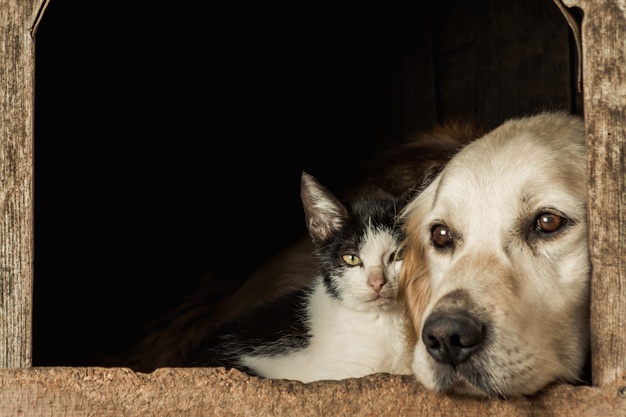 Mange in Dogs and Cats

Mange is the term used to describe the condition caused by a mite infestation. Mites are a type of four-legged parasite. While often confused for insects, they are more closely related to spiders and ticks. Many different skin conditions can cause similar symptoms to mange, so if mange is suspected, testing must be done before treatment should be started.

Several different types of mites can cause infestations in dogs and cats. Demodectic mange, caused by the Demodex mite, is a common cause of mange in dogs. Demodex mites live inside hair follicles.

They are actually present in low numbers in most dogs, where they do not usually cause a problem. However, the mites may proliferate excessively in certain conditions, causing an infestation. This is more common in young dogs, whose immune systems have not completely developed. Demodex infestation can also occur in adult dogs, generally in those whose immune systems are overwhelmed by concurrent disease.

Sarcoptic mange, commonly referred to as scabies, is caused by the Sarcoptes scabies mite. Unlike Demodex, Sarcoptes mites are not normally present on healthy animals.

Sarcoptes mites burrow under the skin, where they cause intense itching. Sarcoptes mites prefer hairless or lightly haired regions of the body, usually infesting the ear tips, elbows, and abdomen, although in severe cases, they may affect the whole body.

Affected areas of skin are typically hairless, scaly, and red. Sarcoptes mites typically affect dogs. Unlike Demodex mites, they may be transmitted to humans and other animals. Since dogs are their preferred host, they generally do not cause long-term infections in people or other animals. A species of mite called Notoedres cati is similar to Sarcoptes, but the cat is its preferred host. Symptoms of infestation are similar to those of Sarcoptic mange in dogs, usually resulting in crusting and itching on the ears and face.

Diagnosis of mite infestation is done using a test called skin scraping, where a scalpel blade is used to scrape debris from the skin.

The debris is examined under a microscope to evaluate for the presence of mites, which confirms a diagnosis of mange. However, negative skin scraping does not always mean that mites are not present. If your veterinarian suspects that your pet may have mange, they may recommend treating for it despite a negative test.

Treatment for mange may consist of topical or oral medications or a combination of both. Secondary bacterial and/or fungal infections should also be treated. Environmental control, including a thorough cleaning of bedding, is particularly important in cases of sarcoptic mange.